We were approached to conceive of, produce, direct, and edit a testimonial video to help promote the BMW Group Apprentice Training Program.  This video series called for a B2B focus, presenting not just the Training Program but also to spotlight the BMW brand as the first choice for the brightest young talent considering a career as an Automotive Service Technician.

BMW Canada had selected two candidates to appear in the videos: Steven, a BMW apprentice and Ichiro, a BMW technician. The standard approach for these sort of profiles would be on-camera interviews with Steven and Ichiro followed by cutaways to b-roll footage. But we wanted to creatively push the limits – to create a pair of videos that felt both visually impactful and emotionally resonant.

We accomplished this through an innovative use of projections. Instead of cutting away to b-roll, we projected imagery – family photos of Steven and Ichiro, video footage shot by our team, and type animations – onto the walls of the BMW repair workshop. These projections flicker in the background and tie-in to the voiceovers that drive the central narrative. Front and centre in each video, we feature BMW vehicles – Steven and Ichiro are working on 3- and 5-series cars over the course of the story – and each video concludes with a hero shot of Steven and Ichiro stepping out in front of a BMW M-series and X-series vehicle. The BMW repair workshop – clean, minimalist, efficient – is the fitting backdrop for everything that unfolds. 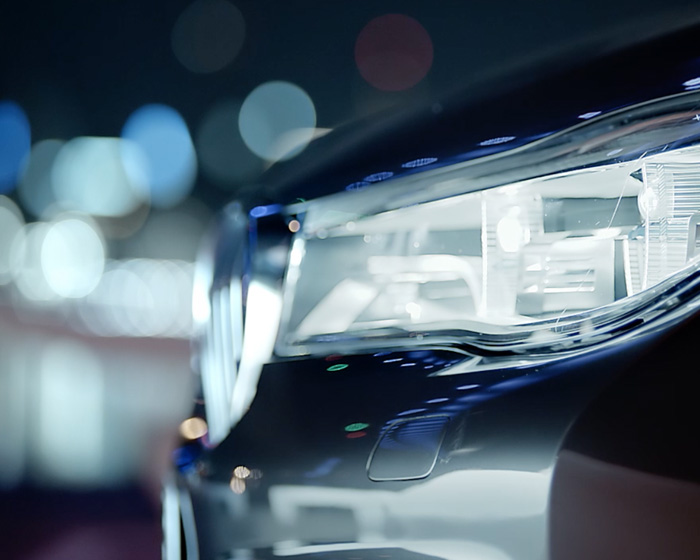